7 March 2011
December 6th 2007
Our CAIG catalogue has expanded with five new products. The Accessory Sampler Kit, Audio/Video Survival kit, DeoxiT SHIELD, SWPX and SWPP precision swabs.
December 5th 2007
We now have the 12 awg Neotech UPOCC with PVC insulation in stock, as well as the 28 awg UPOCC with Teflon insulation. These are outstanding conductors for your cable project!
December 4th 2007
We have added 30 new international shipping destinations to our online shopping cart. We now ship to 63 countries worldwide, for a complete list of the locations we ship to, click here
December 3rd 2007
The Cardas products have had a round of price cuts in response to the strong Canadian dollar. These cuts will remain in effect for the foreseeable future.
November 29th 2007
The Oyaide PA-02 and FTVS-510 are now back in stock. Our dollar has lost some of it's strength compared to the US dollar, for this reason Canadian dollar prices on the Oyaide products will be going up on Monday Dec 3rd.
November 7th 2007
Due to the value of the Canadian dollar there have been another round of price cuts on the Oyaide product line.
October 26th 2007
Our new Gold Club program launches today, click here for full details.
October 25th 2007
We have lowered the prices on all our CAIG stock.
October 23rd 2007
We have added the Neotech UPOCC Silver 28 awg with Teflon insulation in both Cryo and Non-Cryo versions to our product catalogue. This is without a doubt some of the very finest solid core Silver conductor available.
October 11th 2007
Due to the strength of the Canadian dollar, prices have been lowered yet again on the Eichmann and Oyaide product lines! Some great savings to be had while the dollar is strong.
October 10th 2007
The P-004 and C-004 AC connectors from Oyaide are now in stock.
October 4th 2007
The Cardas Deluxe RCA Caps have been added to the product catalogue.
October 2nd 2007
The Cardas 23.5 AWG Hookup Wire has been added to the product catalogue.
October 1st 2007
Pricing on the Oyaide and Eichmann products has been adjusted to reflect the strength of the Canadian dollar.
September 28th 2007
We are now offering the Milty Zerostat and the Milty Carbon Fibre brush in a Combo Pack. Our new DIY recipe and tip section is now online! We have added a few new recipes and will be adding many new tips and recipes over the coming days, be sure to check it out. We expect the Cryo Treated Neotech UPOCC 28 AWG Silver wire to be available by late October, watch for it!
August 27th 2007
Our specials page has been updated with some great buys on Sennheiser and Beyerdynamic headphones. Very limited quantities!
June 21st 2007
We have added the Oyaide C-237, C-246 and C-279 20 Amp IEC connectors to our catalogue as well as the Oyaide R1 Beryllium 20 Amp receptacle.
June 20th 2007
The Vampire SL solid silver interconnect and Cardas 4X24 star-quad shielded cable are now both available in a Cryo Treated version.
June 20th 2007
The Neutrik NTP3RC-B and NYS231BG Stereo Mini Plugs are now available in the Cryo Treated version.
June 20th 2007
The Neotech and Jupiter wire is now available in the Cryo Treated version.
June 19th 2007
Cryo treated Eichmann Silver Bullets are finally back in stock.
June 13th 2007
Due to the strength of the Canadian dollar prices on our Tunami Powercord kit, Neotech UPOCC wire and Jupiter cotton insulated wires have been reduced accordingly.
June 12th 2007
It has come to our attention that one of the products in our online catalogue, the Neutrik NTP3RC-B right angle stereo mini plug has had the incorrect weight applied. The weight of this 10 gram part was inadvertently set to 10 Kilograms causing the Canada Post server to return excessively high shipping charges on any order that included this part #. This problem has been rectified.
June 4th 2007
Due to the strength of the Canadian dollar, prices on the Oyaide and Acrolink cables/connectors have been reduced!
Apr 25th 2007
We have added Neotech UPOCC hook-up wire with Teflon insulation to our DIY section. This fine wire is available in 16, 18, 20 and 22 gauge. Neotech UPOCC with Teflon insulation should be your first choice for speaker cables, internal speaker wire, powercords and internal chassis wiring.
Apr 25th 2007
The Neutrik NYS231BG and NTP3RC-B 3.5mm stereo mini plugs have been added to our online catalogue. These high quality, metal bodied mini plugs are perfect for your ipod or headphone project. The NYS is a straight plug and the NTP is a right angle plug.
Apr 12th 2007
We are now stocking several solderless speaker cable terminations from Vampire. The 558 banana, GB banana, GP pin and the GS spade. These connectors make it easy to terminate speaker cable up to 8 gauge without solder.
Apr 11th 2007
The Jupiter cotton insulated wires have been added to our catalogue. These high purity wires are available in both Copper and Silver. The solid core Copper wire is available in 19. 28 and 26 gauge, the Silver is available in 23 and 28 gauge. This is an excellent wire for your DIY interconnect project.
Apr 11th 2007
We have added the Neotech UPOCC hook-up wire to our catalogue. The Neotech wire is available in 14, 16, 18 and 20 gauge. This is an outstanding wire for internal speaker wiring, speaker cables and powercord projects. We will be offering this wire in a cryo treated version shortly.
Feb 16th 2007
Vibrapod Cones and Isolators are now back in stock.
Feb 2nd 2007
The Cardas 4X24 Star-Quad cable has been added to the catalogue. This cable is perfect for a phono DIN cable or line level interconnect.
Back to News Index 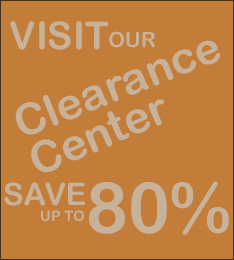